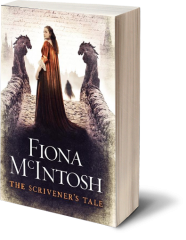 An action-packed standalone adventure moving from present-day Paris to medieval Morgravia, the world of Fiona McIntosh’s bestselling QUICKENING series. In the bookshops and cafes of present-day Paris, ex-psychologist Gabe Figaret is trying to put his shattered life back together. When another doctor, Reynard, asks him to help with a delusional female patient, Gabe is reluctant…until he meets her. At first Gabe thinks the woman, Angelina, is merely terrified of Reynard, but he quickly discovers she is not quite what she seems. As his relationship with Angelina deepens, Gabe’s life in Paris becomes increasingly unstable. He senses a presence watching and following every move he makes, and yet he finds Angelina increasingly irresistible. When Angelina tells Gabe he must kill her and flee to a place she calls Morgravia, he is horrified. But then Angelina shows him that the cathedral he has dreamt about since childhood is real and exists in Morgravia. Soon, Gabe’s world will be turned upside down, and he will learn shocking truths about who he is …and who he can – or cannot – trust. A fantastic, action-packed adventure starting in Paris and returning to Morgravia – this is a page turning, epic adventure.

One of the key elements in the story of The Scrivener’s Tale is a quill.  It erupted into the story because I was talking about scriveners and their role in medieval times.  I realised I… 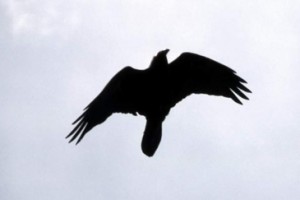 For those of you familiar with my fantasy work, you’ll know that sooner or later a bird is going to crop up in the story.  I don’t know why this happened 12 years ago when… 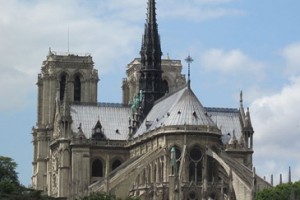 I’ve been travelling regularly through Paris now for thirty years.  I think I said in an earlier blog that it’s my gateway of choice into Europe and often into Britain in days gone when I…

This neighbourhood – arguably the quintessential Paris – that borders the Rive Gauche, or Left Bank, gathers into its embrace Saint-Germain des Prés, the truly exquisite Luxembourg Gardens and perhaps part of the Latin Quarter,…

These are my two major cities in The Scrivener’s Tale. Fantasy stories don’t just come in series simply out of habit; for the most part these tales are epic in scale – with big stakes… 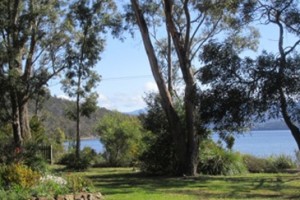 Welcome to my new blog in the run up to the release of The Scrivener’s Tale in November; I’m writing from Tasmania, which is my favourite place to produce my stories from and most of… 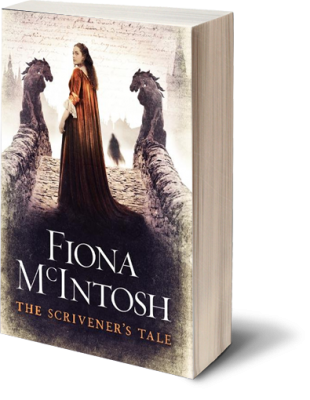