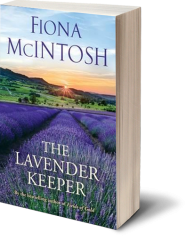 ‘Are you German or are you French? Are you working against Germany or for it? Are you telling me the truth, or are you a very accomplished liar?’

Lavender farmer Luc Bonet is raised by a wealthy Jewish family in the foothills of the French Alps. When the Second World War breaks out he joins the French Resistance, leaving behind his family’s fortune, their home overrun by soldiers, their lavender fields in disarray.

Lisette Forestier is on a mission of her own: to work her way into the heart of a senior German officer – and to bring down the Reich in any way she can. What Luc and Lisette hadn’t counted on was meeting each other.

When they come together at the height of the Paris occupation, German traitors are plotting to change the course of history. But who, if anyone, can be trusted? As Luc and Lisette’s emotions threaten to betray them, their love may prove the greatest risk of all.

From the fields of Provence to the streets of wartime Paris, The Lavender Keeper is an extraordinary, moving story of action and adventure, heartbreak and passion, devotion and treachery from an internationally bestselling author.

‘This book is fast-paced, beautifully haunting and filled with the excruciating pain of war.’ WEST AUSTRALIAN

‘A fine read . . . The moral ambiguity McIntosh builds into the novel gives it a depth that takes it beyond a sweeping wartime romantic thriller.’ SUNDAY HERALD SUN 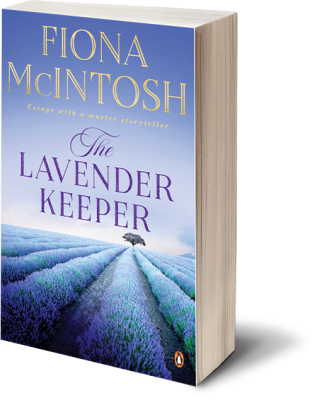 For all you wonderful book club members who may have read The Lavender Keeper, here are some discussion points to get your book club gathering off to a lively start. Thank you to everyone in… 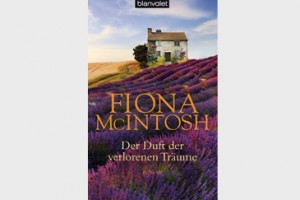 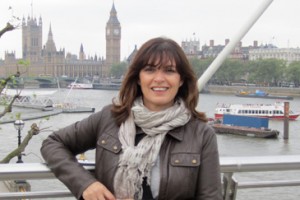 Recreating post war Britain felt daunting for this novel. There’s plenty about the war era, lots connected with the swinging sixties but immediately after the war is less well documented but thank you London for… 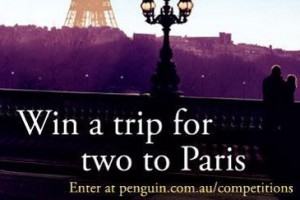 WIN A TRIP TO TWO TO PARIS!

I hope once you’ve read The French Promise you’ll hurry off to the Penguin website and enter the competition that celebrates the release of the sequel to The Lavender Keeper. All you have to do…

Hooray….finally the sequel to The Lavender Keeper is out and I couldn’t be more excited.  I’m proud of The French Promise and do hope you will agree, dear reader, that it finishes off the…

In case you missed this piece, take a look – you’ll meet Robert and Jennifer Ravens who own and manage the beautiful Bridestowe Lavender Farm which inspired the story of The Lavender Keeper. http://www.abc.net.au/news/2012-04-23/the-lavender-keeper/3966694

…and so to some details about Lavender

Is there a flower – other than perhaps a rose – which evokes more emotion than lavender?  Lavender is one of those supreme species that boasts an elite acceptance and affection globally.  It’s as common…

Parisian Locations in the Novel

Where to begin?  Anyone who has been to Paris will know why it’s a city that most visitors want to return to.  I have to admit I have been fortunate enough to visit this city…

Saignon…home base in the Luberon, Provence

Provence is the location of the first scene of the novel and this region’s  personality and presence is noticeable even when the story shifts to Paris.   I had never been to Provence, and that had…

I was not going to write a Holocaust story.   Too many people have written immensely moving real life accounts as well as heartbreaking fiction about this topic.  I didn’t believe I was equipped to tackle…

I didn’t know until I began to write this novel that initially the Nazis were seemingly only interested in Northern France, particularly Paris. Berlin allowed the French, who to all intents and purposes handed over the…

Getting started two years ago…

My goal was that this hugely romantic story would be a big adventure with plenty of action.  I wanted it to have tension and fear at its core.  So,the wartime setting and particularly the Occupied…

I thought I’d kick off this book blog with the most obvious topic, which is where the idea for the novel came from.  This is perhaps the most popular – and certainly legitimate – question…

Why blog about this novel?

Welcome to my blog about The Lavender Keeper…and thank you for stopping by.  I do hope you enjoy the novel, released on March 26, 2012, as much as I enjoyed crafting it for you. The… 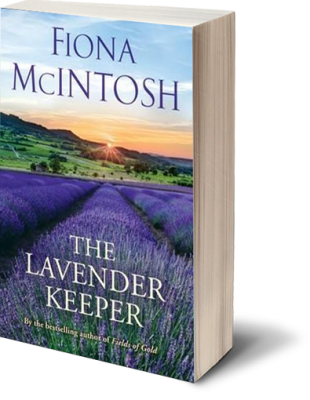