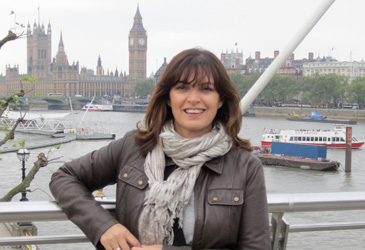 Recreating post war Britain felt daunting for this novel. There’s plenty about the war era, lots connected with the swinging sixties but immediately after the war is less well documented but thank you London for your marvellous ability have an exhibition on for just about everything I needed!…especiall the Festival of Britain exhibition at South Bank.
Visiting the exhibition gave me tremendous insight into the mood of the UK directly after the war and even though rationing was still underway – which I didn’t realise until I began researching – and so many families were devastated by the losses, there was a feeling of terrific anticipation.

The Festival itself was designed to bring hope to a nation that had lost so many people, so much money in its war effort and suffered such a relentless bomb blitz. It was about looking forward and making plans for a bright future.

The Dome of Discovery in the background

Everything modern from innovative furniture to new architecture and every new technology was on display.

Lights were back on, people danced in the streets without guilt and the idea was to override the sadness with laughter, celebration and making sure every town and city in the country participated.

It made a tremendous difference to me to have this resource but I also realised it would have an enormous impact on my characters if I had them attending the Festival of Britain in 1951 and it would be at this venue that the idea would be planted about taking a voyage to the other side of the world.
There’s a fantastic display at London’s Science Museum too and I felt as though I was walking back through my childhood in the 60s section – it even had the exact model of our family’s first washing machine and I felt almost teary to be dragged back to being so young by something so very ordinary.

Mind you – it wasn’t ordinary then. It was such a boon for my mother! The other item that gave me equal shock was staring again at the dentist drill from the early sixties. Oh gosh, I felt instantly traumatised again and this piece of equipment is the single reason I struggle to go to the dentist now unless pain pushes me there.

I had to be dragged out of the sixties rooms to get to the fifties! I am very grateful to the various London museums for giving me just about everything I needed to set up properly for the chapters that take us back to southern England of 1948 through 1951. Visit if you can – they’re fun!

Logo and poster for the Festival of Britain