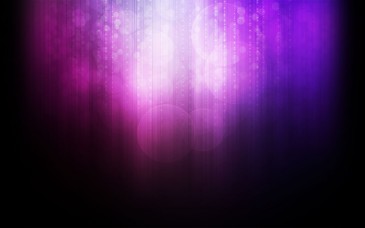 This neighbourhood – arguably the quintessential Paris – that borders the Rive Gauche, or Left Bank, gathers into its embrace Saint-Germain des Prés, the truly exquisite Luxembourg Gardens and perhaps part of the Latin Quarter, the intellectual heartland of the city.

The Medici Fountain in the Jardins des Luxembourg

It is an area that has more than its fair share of history, beautiful boulevards, shops, galleries, small museums, amazing foodstores and bakeries, cafes and of course those gardens!  It also has a Pierre Hermé chocolate salon … need I say more?  The experience of buying a single macaron in the salon feels like buying jewellery anywhere else!  Hugely pretentious – ‘no photos!’ the coiffed assistant snarled – but oh, the snarl was worth it for that beautiful bag of goodies that you’ll need your credit card for.

Two of the most famous cafes in all of Paris can be found neighbouring each other adjacent to the historic abbey of Saint-Germain des Prés on Boulevard Saint Germain where rich people in expensive cars drive around just to be seen.

Swanky cars are always cruising down the Boulevard Saint Germain

Les Deux Magots and Cafe de Flore have long been the haunts of writers, philosophers, artists, scholars.  Jean Paul Satre, Picasso, Hemingway were regulars.   When I visited Les Deux Magots it was the height of summer and the only available place to sit was a teeny space on the street and while everyone was throwing back chilled wine or soft drinks, I ordered a hot chocolate.  I know the waiter thought I was crazy but I had been told that the hot chocolate here is special…and it was.  A hungry sparrow joined our table and was surprised enough not to be shooed away that it near enough ate out of our hands, happily stealing snacks from the tiny and no doubt horribly expensive bowl that came with our drinks.

Our friendly Parisian sparrow, who joined us for drinks and a snack at Les Deux Magots

And while I sat there and planned that this cafe’s popularity with the Nazi hierarchy would suit a location for the novel I was writing that was set during WWll in Paris, I realised it was also an ideal stomping ground for my lead character in The Scrivener’s Tale.

I wanted Gabe Figaret, who feels so lost and disconnected in the world he lives, to feel that the neighbourhood of the 6th is his safety space.  He’s wealthy, he can afford an apartment in its quieter, manicured streets.  He feels secure jogging around the serene Luxembourg Gardens  – magnificent no matter which season and 24 acres of manicured beauty midst a busy metropolis.

Luxembourg Gardens…breathtaking in any season

He loves the Left Bank, the narrow lanes that emerge into hidden squares, cluttered with arty, fashionable stores and small, exotic restaurants.  Gabe does not like to cross the river onto the Right Bank but he does love Notre Dame Cathedral that dominates the central island, straddling the Seine and so near to where he lives.

A rooftop view over a typical street in the 6th

Gabe walks to work – it’s barely minutes from his apartment – and I couldn’t help but have him working in a bookstore; where better than Shakespeare and Co, the famous book shop on the Left Bank that stocks English language books?  I didn’t call it that, of course.  I don’t think I gave the shop a name.  And once I’d decided that he was running away from his ‘old life’ I knew he had to be someone who wanted to write a novel.   And this is fitting, given that the neighbourhood is often considered the home of the artistic quarter.

And so it’s within these salubrious streets that we enter Gabe’s world and get to know his small but privileged life that he lives in a few square kilometres of Paris.  And when we first meet Gabe, his life is about to change brutally, dramatically and his dreamscape turns out to be real … but so does his nightmare.   Enjoy!